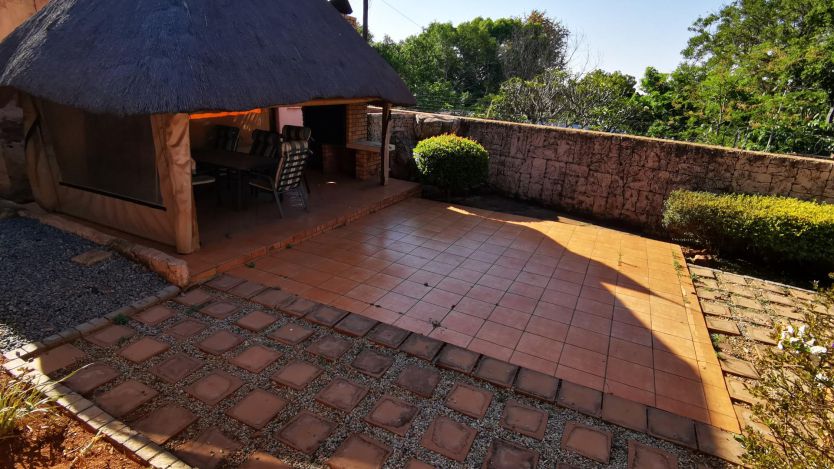 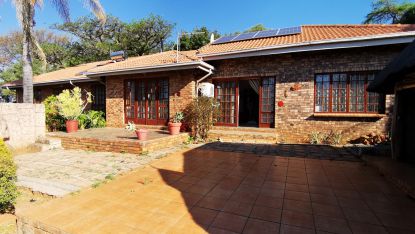 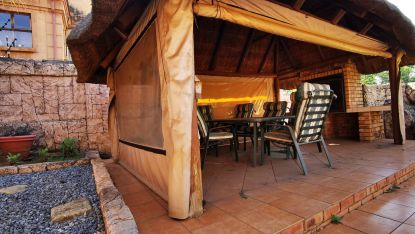 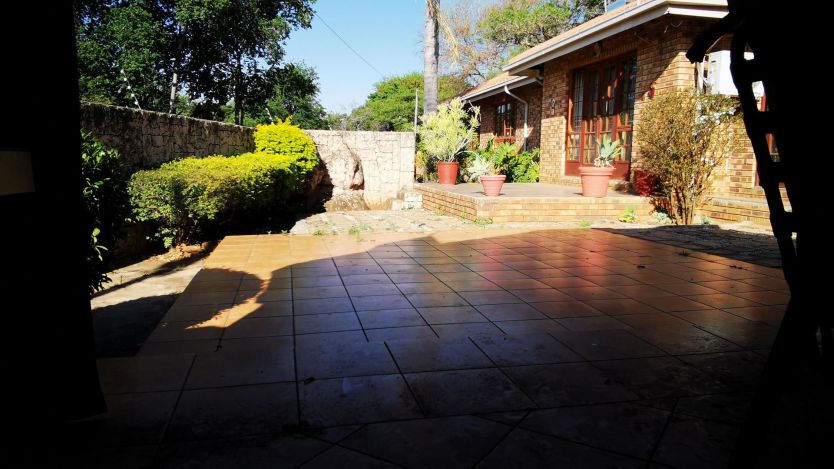 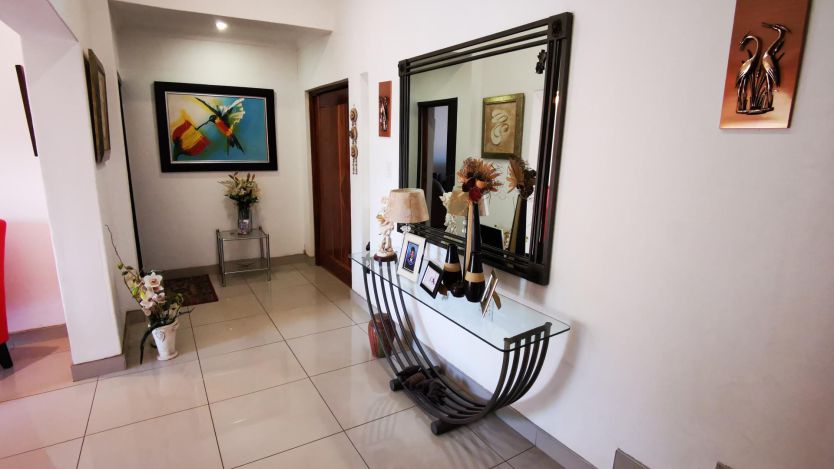 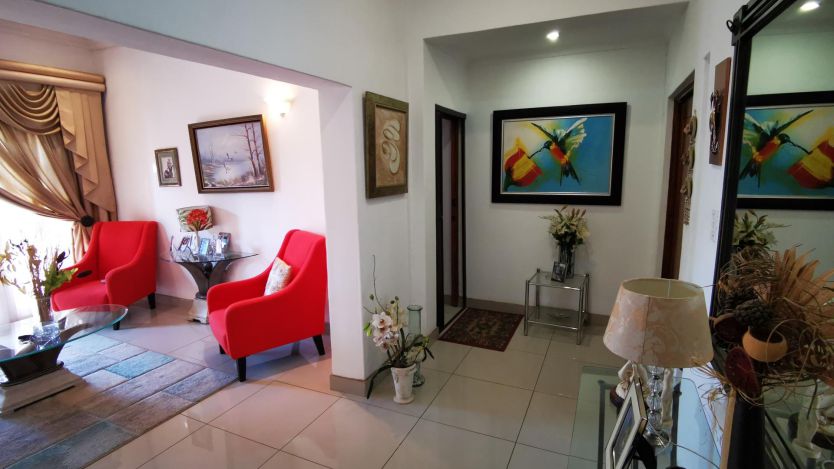 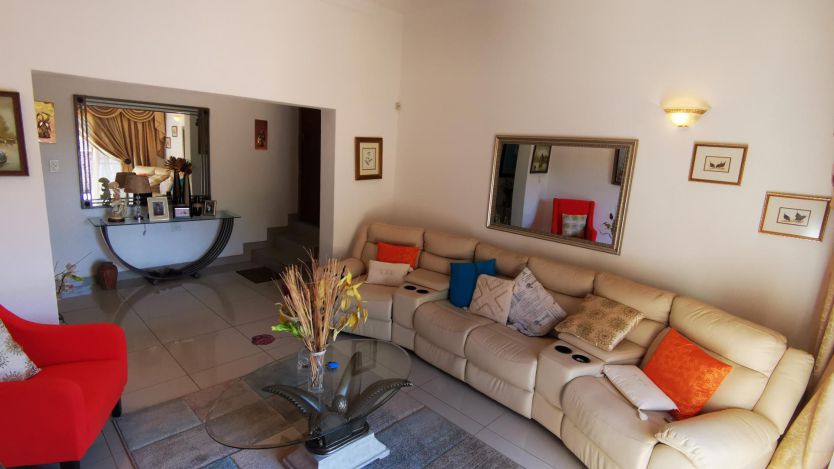 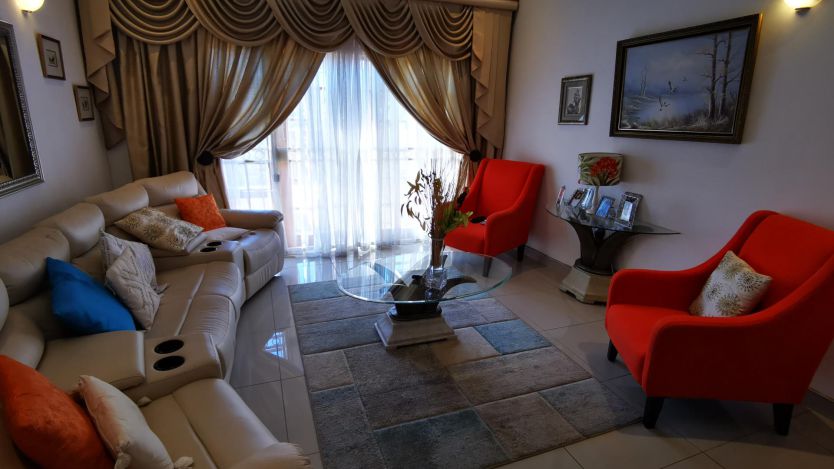 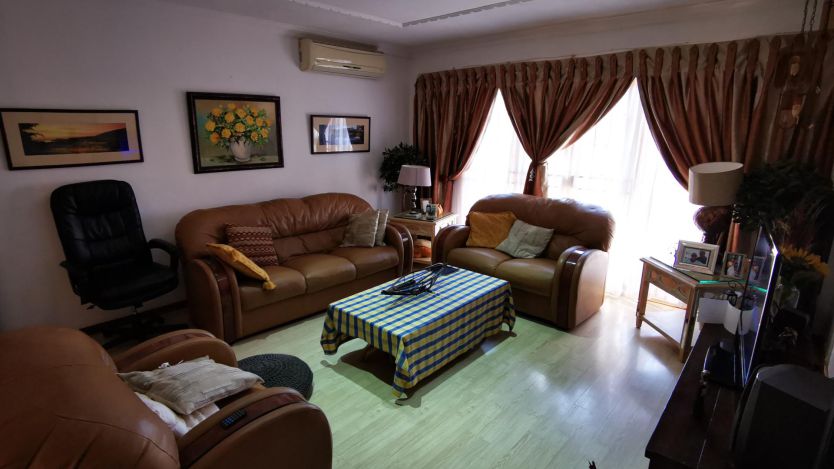 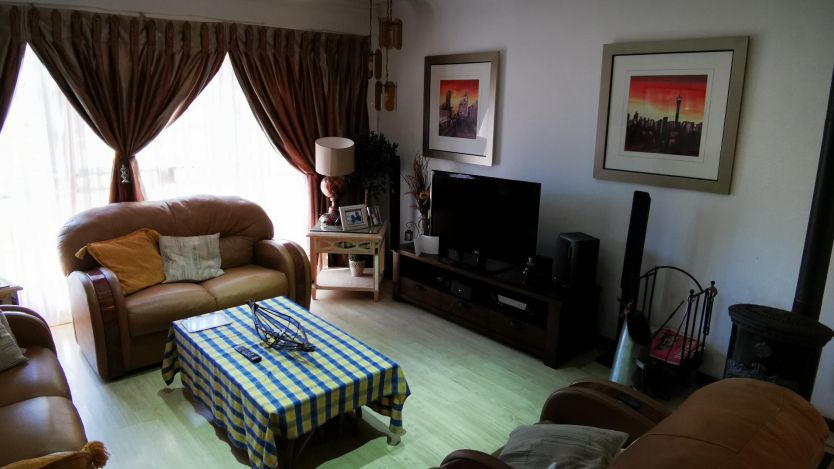 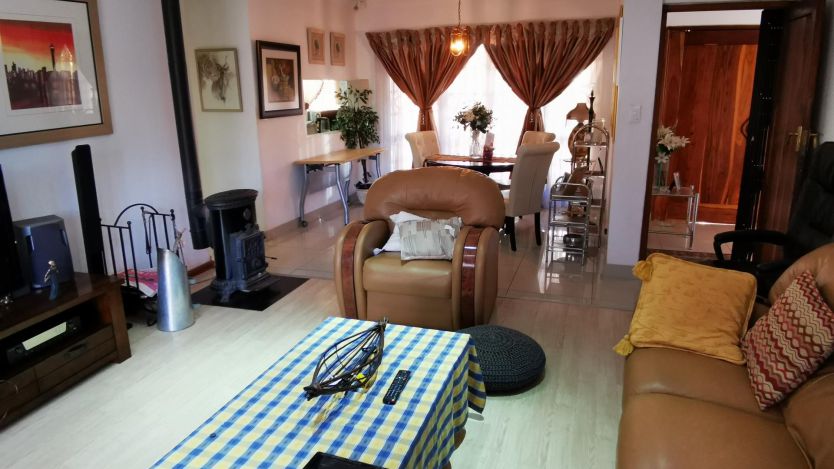 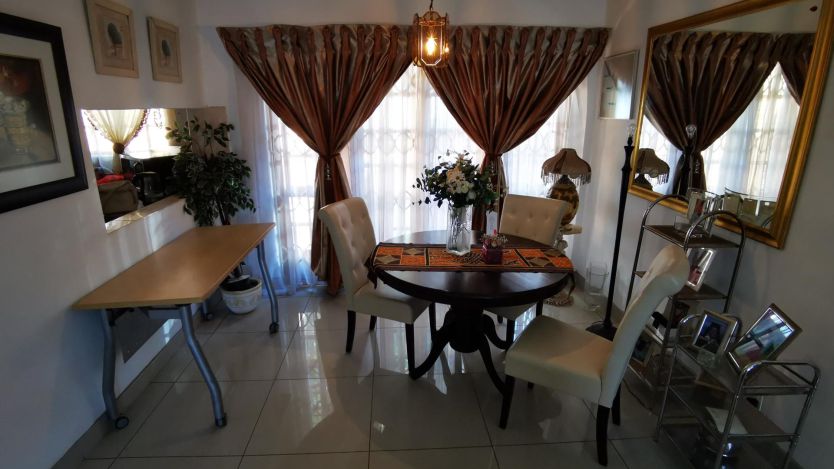 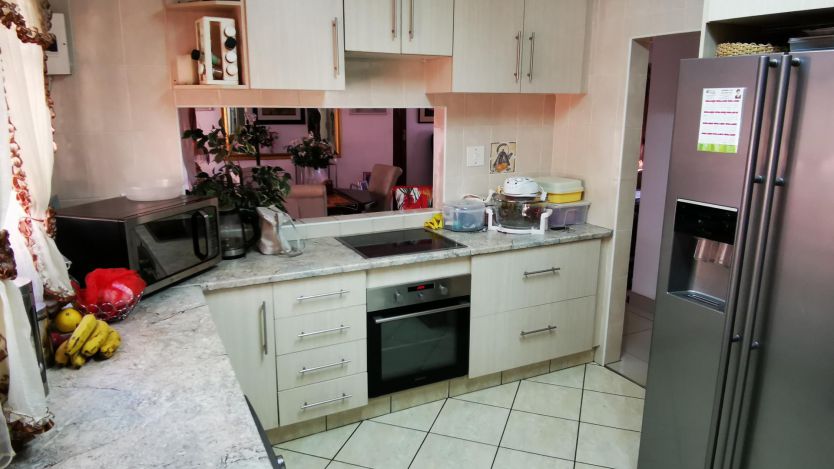 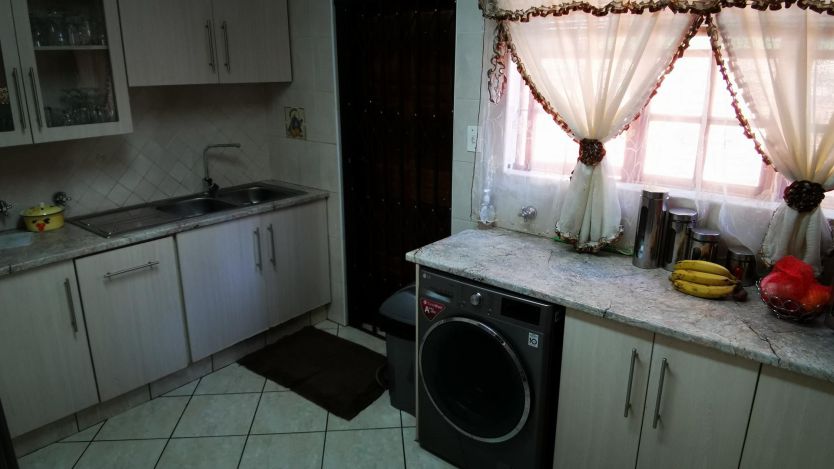 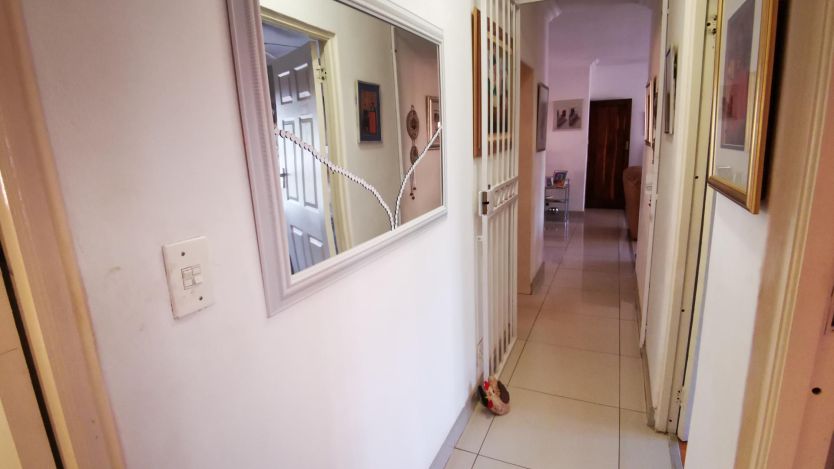 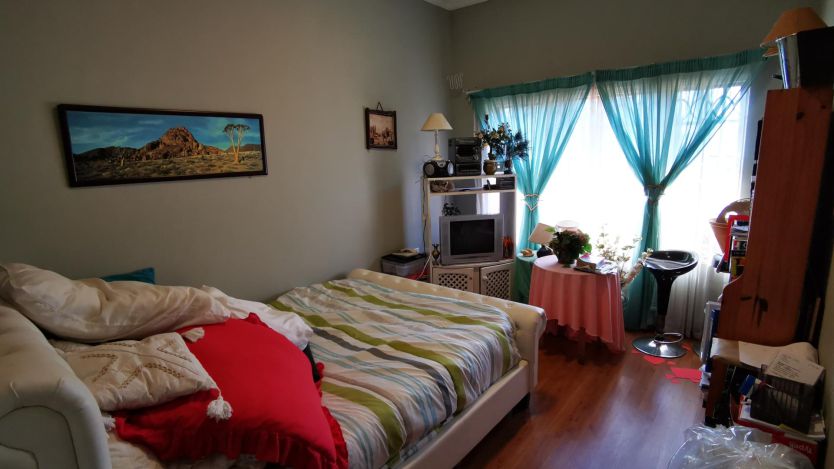 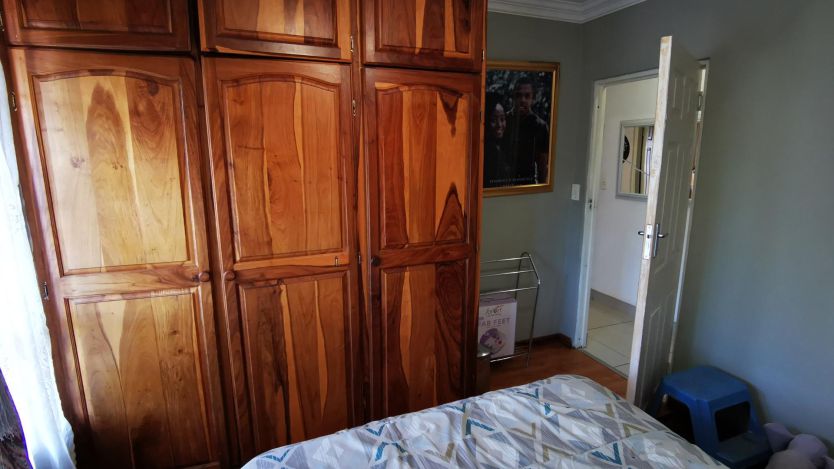 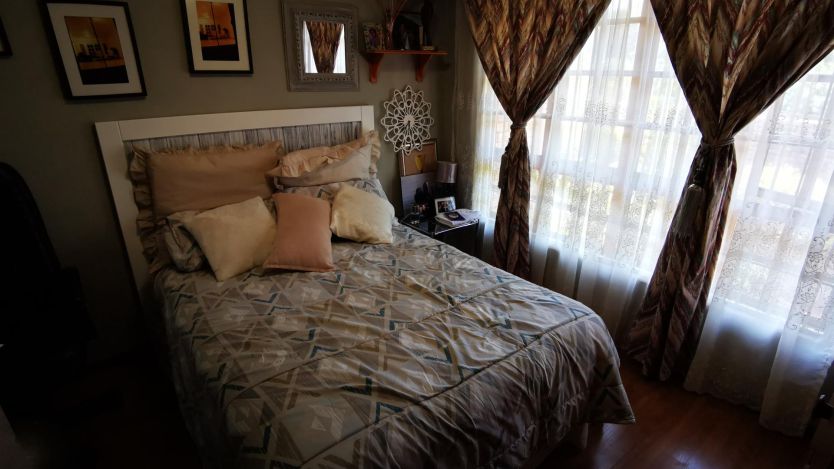 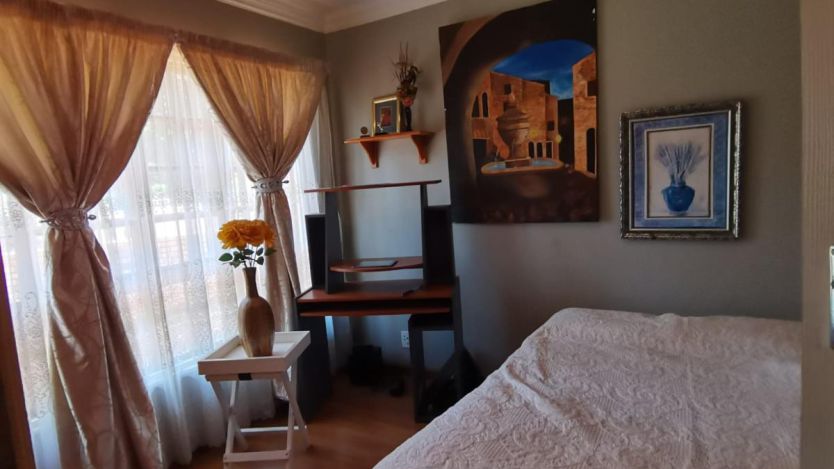 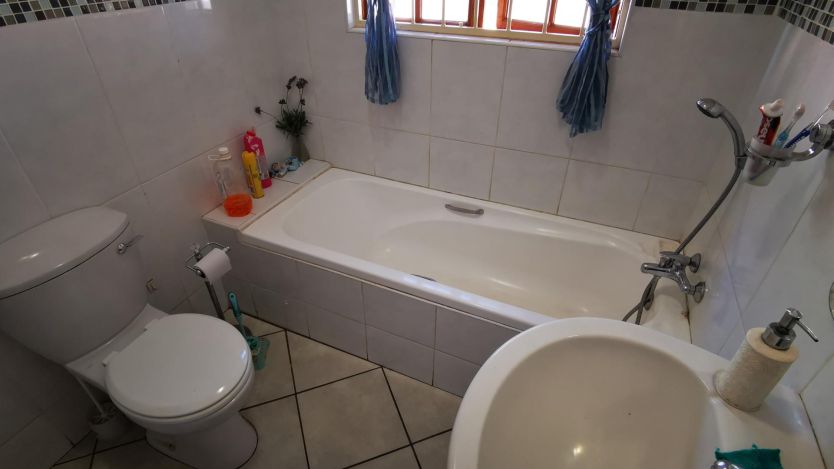 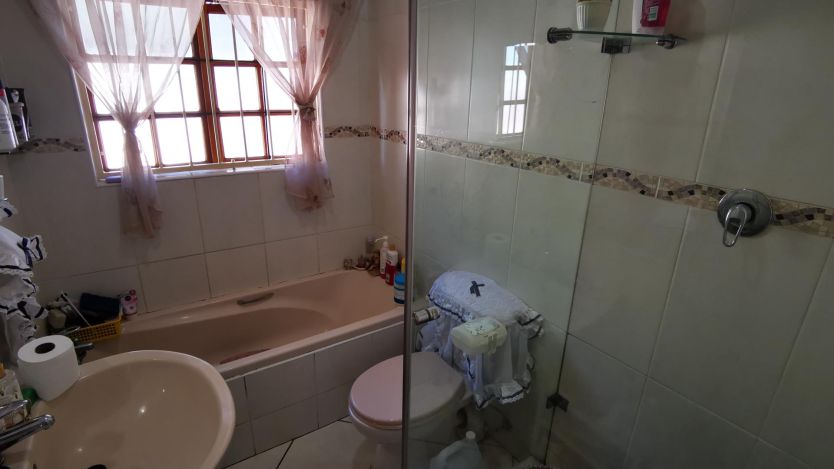 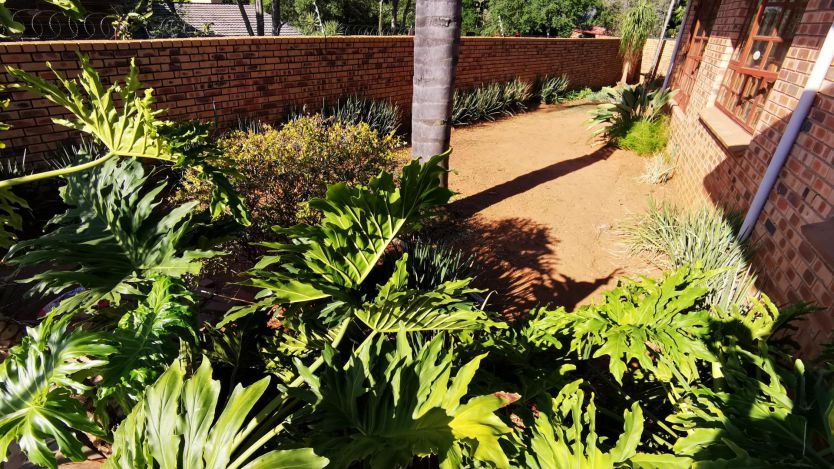 Available during December or for January 2022

The home has four sunny bedrooms, with three being at one end of the house and the fourth on the other side. The fourth bedroom can instead be used as your home office or study.

Modern floor tiles in the living areas and laminated flooring in the bedrooms.

Plus! Plus!
A solar power system will provide power to most of the house during load-shedding! Also, the geyser is solar-powered to reduce your electricity bill.

Good security with electric fencing, decent security guards on windows and doors and an alarm.

Public and private schools and shops in the vicinity, and not far from main routes such as the N4 / N1.

The house has lovely extras such as premium hardwood wardrobe doors.

This one will be snapped up quick!

This 3 bedroom property has all you could ask for .Two bathrooms ,stunning kitchen , lounge ,dining area , dou…